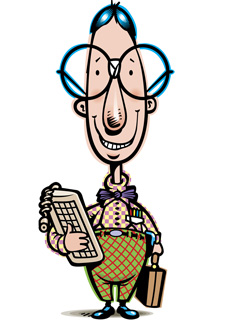 Last year a new family joined us and I had the opportunity to meet the father of three rowdy assembly line sons ages 5, 6, and not quite 8. A big guy he was, and soon we were talking sports. He’d played college ball himself, was a rabid fan of four pro teams, and coached his kids in a different sport each season. He had an aggressive, hand-enveloping handshake, laughed easily, shared a few anecdotes, and after our chat was complete he moved on to introduce himself to others as if he were the official greeter and everyone else had just arrived. I had to smile at his “knows no strangers” approach that was so refreshingly “un-same”. Later I remembered that I hadn’t asked what business he was in…although I really didn’t have to. I’ve met a lot of sales reps and managers in my time, and had no doubt I’d just met another. Quite likely a really good one, I thought.

However, since new business is part of my business…and sales reps can sometimes be good sources for leads or even opportunity entrée…I decided to find out what company he repped and what he sold. Turns out he was head of the I.T. group for a major high-end technology company. And he’d never sold anything. That surprised me, because technology guys aren’t usually outgoing. The closest they get to sports is a Gameboy. If that. Plus their best friends aren’t even people. And the language in which they’re most fluent is not a language that is actually spoken. They do laugh, of course, but not at the same things that, well, normal people do. Robert Carradine comes to mind.

Upon reflection, however, I was once again reminded of how easy…and simplistic…it is to profile an individual based on one’s own stereotype of those who perform a certain job function. Assumedly they are what they do. Always. I.T. people are automatons, sales reps are always high talk and low listen, purchasing agents are Joe Fridays (“Just the facts, Ma’am”), accountants wear green eyeshades and, of course, those in the advertising business…no matter what their job function… are always wild and crazy. Except they’re not. And since I’m well aware that the last stereotype is fallacious, why would I assume the others carry more credence? Why would anyone? Except we do sometimes, don’t we.

Point being, attempting to know where someone is “coming from” certainly makes sense in business. And there more than a few proven approaches to profiling individuals by grouping them according to variables that provide leveragable insight into commonly held mindsets. Some of these methodologies, often referred to as “psychographic segmentation” models, are even purchase behavior predictive.

What is not predictive in any sense, however, is profiling by job function. And if your role or responsibility is to effectively communicate with or sell to someone in a specific function, the stereotypical one-size-fits-all suit you put them in may not fit at all.