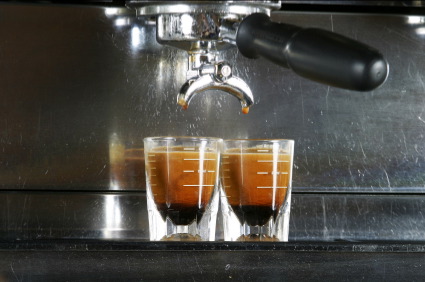 Nope. Not happening. No one is taking away your right to overpay for a cup of “the right” coffee. But there is something important we can all take away from the great Starbucks three-hour closing event in February—a reminder that in general, our customers (and our clients’ customers) care a lot less than we do. Cold, but true.

The Aegis Group’s research arm Synovate surveyed a thousand consumers and found that, while 75% of them were aware of the Starbucks closing, fewer than half had any idea why! I would imagine that is a big disappointment to Starbucks.

I can see the strategic thinking behind it quite clearly. “We’ll close for three hours just toretrain baristas on making our many marvelous coffee drinks properly; that will demonstrate our commitment to doing things right, and reinforce our image as the original, the true experts in the ever-more-congested coffee house market.”

Instead, most consumers apparently internalized a much less cerebral message: “Gee, Starbucks is gonna be closed that night. I’m gonna have to go someplace else.”

I do applaud the CEO of Starbucks for his recent comments in which he acknowledged that the chain had, to some degree, lost its way. He felt the company needed to pay more attention to the basics instead of selling CDs and pricey travel mugs. I even think the new Starbucks ad campaign, its first ever, is quirky but appropriately so for the brand.

But it certainly seems like the three-hour closing had less impact than had been hoped. And that’s only logical. It’s no secret that collectively, our attention spans have withered. And it is also no surprise that the media, counted on heavily to spread the PR word, chose instead to focus on only part of it—the part of greatest interest to its audience. “Every Starbucks in the country closing for the same three hour period” sounded a lot more newsworthy than “Coffee chain conducts retraining sessions.”

Was there a better idea? Maybe. Perhaps a different local celebrity being trained as a barista at every Starbucks outlet during that three hour period would have generated similar publicity, but focused more directly on quality and coffee-making skills. Maybe not. Easy for me to pontificate after the fact.

But it does seem like a good reminder for all of us, including those involved in B2B marketing where the messages can be even more complex. You can’t expect your prospects to connect too many of the dots for you. Respect their intelligence, but remember that they are busy, distracted, and did not get up this morning hoping to hear more of your story.

You have to be interesting to capture their attention, or else nothing else matters. But you’d better make sure your tactics tie pretty directly to the real point. I still remember a saying I came across as a teenager; I think it was designed to help us battle peer pressure, but I think it applies here as well:

“You’d worry a lot less about what other people thought of you if you realized just how seldom they did.”