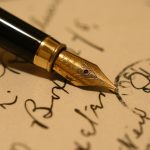 Many marketers feel that their industry calls for them to write on topics that won’t easily engage potential customers and index with the search engines. It’s an endless challenge for content marketers in B2B markets to present content in entertaining or engaging ways. But there are some good ways to create interesting content in any industry. Perhaps your industry isn’t what’s boring! END_OF_DOCUMENT_TOKEN_TO_BE_REPLACED

There are many ways for marketers to participate in today’s visual culture. Images have power, even when they are just a vehicle for text. We hope these 10 B2B marketing quotes from a few of the industry’s top experts will brighten your day and inspire you with new ways to establish your brand as a leader in your industry. END_OF_DOCUMENT_TOKEN_TO_BE_REPLACED

Visual Content: The Power of Images in Your Blog 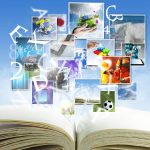 We live in visual culture. This is difficult to overstate. Consider a statistic taken from a recent Jeff Bullas blog post. Get this: “Ten percent of photos taken in human history took place in the last 12 months.” Think about that. At first it sounds insane, but it’s not hard to believe when you consider that 208,300 photos are posted to Facebook every minute (statistic taken from a recent Content Marketing Institute webinar). Almost everyone walks around with a camera in his or her pocket. We’re very attached to images, and if you look around, you start to see just how attached. END_OF_DOCUMENT_TOKEN_TO_BE_REPLACED 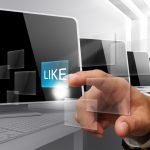 Rise Above the Heavy Volume of Content by Adding Value

My inbox is full, and I’m willing to bet yours is too. For a while now the content marketing floodgates have been open. But customers, prospects, followers, and friends are opening their browsers and emails and realizing they’re done with “more”. We’re swamped. Newsjacking is an accepted practice because marketers are challenged to generate content with reasonable frequency, so customers see the same repurposed content over and over. The challenge to create more content sometimes overshadows the need for valuable content. It comes down to the classic idiom: quality over quantity. END_OF_DOCUMENT_TOKEN_TO_BE_REPLACED

In their 1981 marketing strategy classic (it must be a classic, there’s even a 20th Anniversary Edition!), Positioning: The Battle for Your Mind, Al Ries and Jack Trout noted that if a brand occupies the category leadership position on the “ladder of consideration” of a customer, that position was essentially unassailable. The “high ground”, if you will. Their caveat, of course, was that the positioned leader could conceivably make a mistake significant enough to cause their displacement from atop that ladder…or that a competitor could “bring in a new ladder” with new discriminating variables favoring the competitor and more important to the consumer. Otherwise the category leader could remain on top indefinitely. With no variance in B2C vs. B2B. END_OF_DOCUMENT_TOKEN_TO_BE_REPLACED

Words May Reposition a Brand. But They Must Also Define the Task.

We who’ve been in the marketing communications business for years have certainly been exposed to a myriad of brand repositionings in our professional careers…and most likely participated in more than a few as well.  Some simple and easy, some incredibly complex, but all with the intention of moving the perception of the brand closer to what the prospective customer wants to buy (even if requiring change in what the marketer has to “sell”).
END_OF_DOCUMENT_TOKEN_TO_BE_REPLACED

When assessing a market opportunity, most marketers start with profiling their potential customers based on objectively determined variables called “demographics”. A simplistic winnowing would include who they are, where they are, what they do, and their scope. Again as we know, a second profiling approach is through “psychographics”, which goes beyond demographics to examine how customers think, why they think it and, most importantly, what they will do as a result. END_OF_DOCUMENT_TOKEN_TO_BE_REPLACED

What are you afraid of? Launch a blog; people go negative on you, and you could lose some business, right? Why even give your critics a platform to be critical, or worse, bad mouth your company, brand, products, or services? Hey, doesn’t this fly in the face of everything we know about marketing, building brands, and protecting brand equity?  Why concede an inch of space to detractors? END_OF_DOCUMENT_TOKEN_TO_BE_REPLACED

By now, I’m sure you’ve all heard about Getty Image’s PicScout bot that’s crawling the internet searching for unauthorized use of their images. It looks like it’s been around for at least a couple years. If you haven’t, well, Getty Images is a client of PicScout [www.picscout.com], an Israeli-based company employing technology that essentially trolls the internet searching for images and comparing algorithms to libraries of companies they represent. Getty Images is one of several stock image sources PicScout lists as clients. With a glance on their customers webpage, you’ll see they also list Corbis, Image Source, Super Stock, and others. END_OF_DOCUMENT_TOKEN_TO_BE_REPLACED

You Want to Position Your Brand “Righteously”? It May Not be Your Call.

Years ago I was exposed to a psychographic segmentation model developed by Dr. John Cragan, at that time a Professor of Communications at Illinois St. University. By the time my colleagues and I became involved with Dr. Cragan and his model, it had be tested and applied in a number of B2B categories. Most importantly, the tests and applications validated that the approach was, in fact, purchase behavior predictive. That was important because the most recognized segmentation model of those times, VALS, developed by Stanford Research Institute, was lifestyle focused and with no direct correlation to buying styles. The same was true of Young & Rubicam’s Cross Cultural Consumer Characterizations model for global application. But Cragan was different.

Dr. Cragan posited and proved that there were essentially three different buying styles (although there could be also be permutations, with one style being primary and another having some degree of complementary influence). Those three buying styles were: END_OF_DOCUMENT_TOKEN_TO_BE_REPLACED