The Battery Guy, A Brand Ambassador I’ve Never Forgotten (Except His Name) 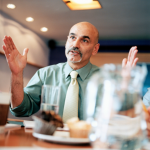 Some time ago, I took two of my young grandsons to a West Michigan Whitecaps baseball game. The Whitecaps are the Class A farm team for the Detroit Tigers that play ball in my hometown, Grand Rapids. Like many of the minor league venues, the ball game is just part of the entertainment experience. It’s fun. There’s funky food (like a “dietary disaster” 4800 calorie Frito burger—I’m not kidding), contests, door prizes, promotions, and the gamut of seating options—lawn, box, reserved, corporate suites and party decks for hosting private events. That’s where the brand ambassador comes in for Batteries Plus. END_OF_DOCUMENT_TOKEN_TO_BE_REPLACED

Are You Positioned as one of Few Credible Substitutes in Your Market? 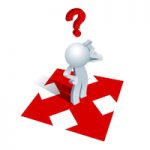 In today’s economy, no one wants to turn away business. But smart marketers are positioning themselves to do just that.

Most companies fall into the trap of positioning the company as broadly as possible, trying to be relevant to the broadest number of potential purchasers. That way, any lead or inquiry has opportunity. But this approach creates a broad range of lead quality and makes you chase nearly every lead, eating up large amounts of time and money. And as you try to close that business, you’ll be competing as a generalist. You’ll fight hard to get on the short list; you’ll be competing with other generalists and with specialists. END_OF_DOCUMENT_TOKEN_TO_BE_REPLACED 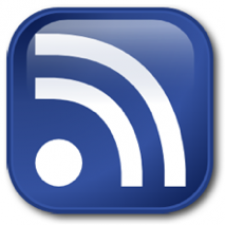 With all the micro-blogging, I’ve often wondered whether the number of bloggers who actually create original, substantial content is decreasing. Don’t get me wrong, you can create meaningful thought in 140 characters, but it’s a lot easier to write 140 characters (no matter how well crafted) than it is to consistently create original content for a blog. And that ease may have driven many to abandon blogging or not even consider blogging when there is a relatively easy way to start “blogging” on Twitter.

It’s been more than two years since anyone had tried to pull together a list of B2B marketing and sales blogs. Jon Miller of Marketo did it in early 2007. When we reviewed that list, we found a lot of those blogs were no longer active.

So we went searching…

And we found some really great B2B blogs. More than 200 of them. Hats off to all who made the list! Thanks for your continuing contribution. END_OF_DOCUMENT_TOKEN_TO_BE_REPLACED

Growing your existing business with a particular customer or client may very well be about cultivating the relationship, but getting customers in the first place is not. While relationships with referral sources can lead to referrals, relationships with prospects will often only create a sale if everything else is equal.

Consider the following scenario. A prospect you would really like to land is doing business with another company like yours. Common wisdom suggests the first thing to do is establish a relationship with the prospect. Let him get to know your company. Get some face time. Build some trust. Then, you’ll get an opportunity to quote or present a proposal.

So you send him something. You have a telephone conversation. Engage in social media activities. Get a meeting. Have lunch. Take him golfing. END_OF_DOCUMENT_TOKEN_TO_BE_REPLACED

When assessing a market opportunity, most marketers start with profiling their potential customers based on objectively determined variables called “demographics”. A simplistic winnowing would include who they are, where they are, what they do, and their scope. Again as we know, a second profiling approach is through “psychographics”, which goes beyond demographics to examine how customers think, why they think it and, most importantly, what they will do as a result. END_OF_DOCUMENT_TOKEN_TO_BE_REPLACED 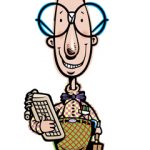 Last year a new family joined us and I had the opportunity to meet the father of three rowdy assembly line sons ages 5, 6, and not quite 8. A big guy he was, and soon we were talking sports. He’d played college ball himself, was a rabid fan of four pro teams, and coached his kids in a different sport each season. He had an aggressive, hand-enveloping handshake, laughed easily, shared a few anecdotes, and after our chat was complete he moved on to introduce himself to others as if he were the official greeter and everyone else had just arrived. I had to smile at his “knows no strangers” approach that was so refreshingly “un-same”. Later I remembered that I hadn’t asked what business he was in…although I really didn’t have to. I’ve met a lot of sales reps and managers in my time, and had no doubt I’d just met another. Quite likely a really good one, I thought. END_OF_DOCUMENT_TOKEN_TO_BE_REPLACED

Doing well in a downturn? It’s a (Fe)breeze! 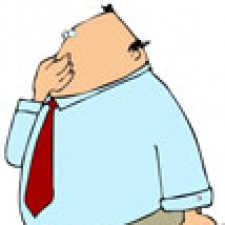 You’ve seen articles in plenty of places (including this blog) on how to survive the economic downturn. And the advice is interesting, with the messages that different sages are delivering. It seems you should:

See? The answer is simple.

But permit me to throw one more thought on the pile. The fact is, some brands and companies do well during tough times. And B2B marketers might learn a few things if they looked more closely at the sometimes less-than-obvious reasons why. END_OF_DOCUMENT_TOKEN_TO_BE_REPLACED

Impressions don’t help unless you make one. 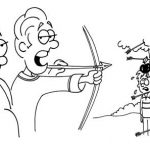 No, I don’t need my glasses. Just bring me more arrows!

Lately, I’ve noticed more than one article claiming to provide tips for companies who are trying to fight through a tough economy and reduced marketing budgets. Some of those hints are helpful; most are pretty obvious. But one—from an article I found on a very reputable business web site—is downright destructive in its naïve simplicity. END_OF_DOCUMENT_TOKEN_TO_BE_REPLACED

The Needs and Wants of B2B Customers 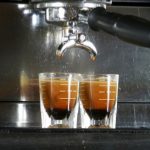 Nope. Not happening. No one is taking away your right to overpay for a cup of “the right” coffee. But there is something important we can all take away from the great Starbucks three-hour closing event in February—a reminder that in general, our customers (and our clients’ customers) care a lot less than we do. Cold, but true.

The Aegis Group’s research arm Synovate surveyed a thousand consumers and found that, while 75% of them were aware of the Starbucks closing, fewer than half had any idea why! I would imagine that is a big disappointment to Starbucks. END_OF_DOCUMENT_TOKEN_TO_BE_REPLACED